The Writings of Robert Wolfe: My Review 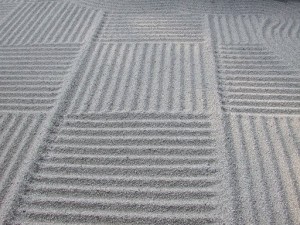 Robert Wolfe is a new name to me, discovered via the excellent Non Duality Highlights Yahoo group, run by Jerry Katz. I am, however, absolutely blown away by Wolfe’s writings, and the book Living Nonduality, available to read at his website. As the story goes, Wolfe took himself to the woods in a camper van to understand the meaning of life. Three solitary years later it all clicked, so to speak, with Wolfe emerging back into the world to share his discovery. Anyway, the long and the short of it is, he’s written what I feel to be a deeply profound book, certainly one of the best things on non duality out there. Stylistically it’s somewhere between Wei Wu Wei and Alan Watts, and hence not always easy. But worth persevering with and, for absolutely no charge, a total gift from the universe. Generally, I’m a little sceptical when it comes to notions of humanity entering some golden age, or 2012, or the flowering of human consciousness as Eckhart Tolle likes to put it. But at the same time it seems extraordinary that books like Rupert Spira’s and this should be appearing so thick and fast these days, spinning out through the web to wake people up. One could almost think consciousness was enjoying this play of awakening to itself after having pretended to fall asleep, as one more aspect of a cosmic game, the rules of which lie far beyond all understanding.

Could it be possible that our earliest assumption, that we even exist as a separate self, is fundamentally a misapprehension? Some aver that our earliest condition of consciousness – before we considered our “self” – was without any perception of self or not self. It is further alleged this primal consciousness is the platform upon which our subsequent sense of self arises. In the same manner in which that sense of self has arisen, it can again subside. In other words, they say, the assumption of self-existence is not entirely necessary to the function of operative consciousness.

To discover for ourself whether such an operative form of consciousness is a practical possibility, as some of sound mind have claimed, would seem to merit more of our attention than that directed towards fruitless externalising.

Were we to discover for ourselves such a possibility, perhaps we might then have some effect on the me against them mindset amongst our neighbours.

Check out his website here or buy the print book from Amazon below.