Hubert Benoit: One of the great writers on Zen 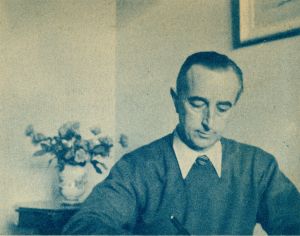 Classical violinist, surgeon, psychologist and writer, Hubert Benoit was an extraordinary renaissance man, and one of the key figures in bringing Zen to Europe. Sussex Academic press has recently reissued two of his classic works The Supreme Doctrine and The Realization of the Self in one volume The Light of Zen in the West. Since Benoit’s time there have been many attempts to locate the teachings of Zen within a psycho-therapeutic framework, but as one of the first and most influential, this is certainly worth a read. While Western psychology places the emphasis on the ego and its adjustment to the world, Benoit explained to a generation the astonishing hypothesis that this very ego may actually not exist at all in the way we think.

Man obtains satori, then, as a result of turning his back, as thoroughly as possible, on his centre, as a result of going right to the ultimate limits in this centrifugal direction, as a result of pushing to its ultimate degree of purity the functioning of the discursive intelligence which keeps him away from Wisdom. He ought to accomplish formal thought to the point of breaking up the form. In order to do that he ought to make his formal mind function in a persevering attempt to perceive, beyond it limits, the in-formal; an attempt that is absurd in itself but which brings about the release one day of the miracle of satori … .

One of the most fruitful outcomes of the 20th century dialogue between Eastern and Western thought has been the acceptance that both interpretations: mind and no-mind, are valid. Buddhist teacher Jack Kornfield has written a superb article called Even the Best Meditators have Old Wounds to Heal which seems to lay this out perfectly. We’re fortunate indeed to live in a time when such dialogues are available to us, and when one can use the fruits of both systems to activate the potential of individual lives.

Also worth reading in this vein is: