A letter on on duality from Rupert Spira 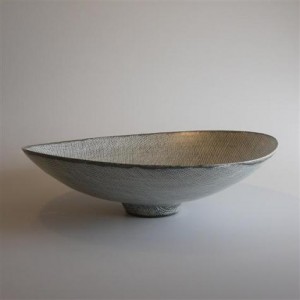 Of all the book on non duality I’ve read recently The Transparency of Things by noted British ceramicist Rupert Spira is the most persuasive. A student of Frances Lucille, Spira has an exacting way with language, and uses a series of ‘contemplations’ to ruthlessly dissect our false assumptions about ‘experience’. This is a book, I suspect, that will spread the ideas of non duality far outside its normal circles. Any student of philosophy, for example, would do well to consider just what is being suggested here about the nature of reality, and I defy them to contradict it! Rupert is also available for email discussions with those earnest about truth, and – as can be seen below – offers exceptionally clear pointers. See his website, here, for more information, and a calendar of his forthcoming meetings.

Thank you for your appreciative email.

Piers: I’m aware that the search itself is the thing blocking understanding.

Rupert: The apparently separate ‘I’ does not DO the search. It IS the search.

So, if we consider ourselves to be a separate entity, then the search is inevitable.

If, as this apparent entity, we then add a new belief (on top of the belief that we are a separate entity) that the search is blocking our understanding and, as a result, try to call off the search, we are in effect searching for happiness by negating the search for happiness. We end up with suppression, frustration and resignation rather than peace and happiness.

Rather, we have superimposed the belief that searching is wrong on top of our much deeper and truer desire to search for happiness.

I do not say this with any judgement, but simply to lay bare the situation so that we are able to search intelligently and legitimately for what we deeply want.

So, see clearly that as long as the apparent ‘I’ is present, the search is present.

So I would suggest turning attention towards this apparently separate ‘I’ so so as to see very clearly exactly what it is made of.

We have no doubt that whatever this apparently separate ‘I’ is, it is seeing these words right now. We say, ” ‘I’ see these words.”

So turn your attention towards whatever it is that is seeing these words. Be very specific.

Whatever it is that is seeing these words is also experiencing whatever else is being experienced in this moment – thoughts, images, bodily sensations and perceptions. Turn your attention towards that one, that ‘knowing’ or ‘experiencing’ one.

No! But do you have any doubt that you are that one?

Could you ever find that one as an object? No, because you would be the one knowing or experiencing that object.

And if you cannot find it as an object, how do you know that it has limits, that it is located, separate, personal, that it was born or will die, or that it has a certain age or gender?

See that that one that we intimately know ourself to be is present and aware. Could we ever not be that one? Could we move closer to or further away from that one, that is, from our self? Where would we go to get away from it? What would we have to become in order not to be it?

And how is this done? That one, that we intimately know ourselves to be, creates the mind within itself, or rather takes the shape of the apparent mind, which has the possibility of all thinking, sensing and perceiving within it.

It creates as it were, a collage of thinking/imagining/sensing/perceiving.
At this stage there is no duality, no separation of experience into separate parts, entities, objects, others or the world.

All is simply known intimately to be simultaneously made of and known by that one that we directly know ourselves to be.

So that one now considers itself to be a little fragment rather than the whole, and every thing that lies outside that fragment is considered to be not that one, not ‘me.’

At that moment, the peace and happiness that are inherent in that one, that is, inherent in Awareness, is veiled. It is veiled by the apparent dividing of the seamless totality into two seemingly separate parts, a knowing subject and a known object.

I say all this to make it very clear that, one, we are already Awareness, that is, Awareness is already, always and only itself and two, the apparently separate ‘I’ that we consider ourselves to be is never found. It is simply a figment of the mind’s own imagination.

There are not two ‘I’s – a small, limited, unreal one and a universal, real, unlimited one. There is one ‘I,’ Awareness, which SEEMS to become a small personal ‘I’ by taking the shape of a thought that seems to limit it by exclusively identifying it with a bodily sensation.

It is this clear seeing that truly dissolves the apparently separate ‘I.’ It is not that something that really exists is dissolved, but rather than it is seen to be utterly non-existent. The BELIEF in its real existence is dissolved by SEEING that it is non-existent.

Until this has become clear I would recommend continuing to explore your experience very deeply.